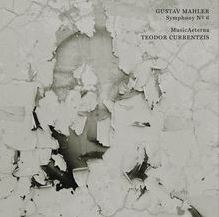 This represents the much-anticipated debut Mahler recording from Teodor Currentzis with his hand-picked orchestra, MusicAeterna in Mahler’s momentous Sixth Symphony.

2018 saw Teodor Currentzis and MusicAeterna present a thrilling debut during the BBC Proms season performing Beethoven Symphonies 2 & 5, of which The Guardian noted in a 5 star review: “we get playing of an intensity that makes the music seem somehow Beethoven-plus; more Beethoven than ever before”;his huge successperforming the entire Beethoven Symphony cycle at the Salzburg Festival, feted by the Wiener Zeitung as “bordering on genius”and his recent worldwide success with his benchmark recording of Tchaikovsky 6, hailed by Gramophone as: “A staggeringly powerful new version”, Teodor Currentzis clearly felt  that the time was right for him to commit Mahler to disc, having performed his beloved composer’s works extensively during his hefty touring schedule.

When asked about his choice of repertoire for the recording, this prodigious conductor of whom The Times wrote that he is currently “taking the world by storm”,states simply that he considers Mahler’s Symphony No. 6 to be “…a masterpiece…Mahler is a great interpreter who takes a simple idea, finds the beauty inside it and amplifies it for all to see…he crafts something magical”.