The musicAeterna orchestra has become one of the nominees for the prestigious international “Orchestra of the Year 2020” award by Gramophone Classical Music Awards. The winner will be selected by public vote on the official website of the Gramophone magazine which hosts the awards. Voting will be open from June 12 to September 7. The orchestra of the year will be announced on October 6 at the awards ceremony in London.

Gramophone magazine hosts one of the most prestigious and influential music awards in the world: Gramophone Classical Music Awards. Nominees for the “Orchestra of the Year 2020” award have just been announced. Gramophone Classical Music Awards were established in 1977; several categories of awards are given for music recordings released throughout the year. The “Orchestra of the Year” award will be given for the third time in history. It is the only category where the winner is selected via public voting out of a list of nominees suggested by Gramophone’s critics and editors. The poll opens today at gramophone.co.uk/awards and will last till September 7. In previous years, the award was given to Seattle Symphony and the Hong Kong Philharmonic Orchestra.

Recordings by all nominees are available on Apple Music. Additionally, Gramophone is set to host the Orchestra of the Year Online Festival where the nominees’ concert recordings are going to be presented. The 10-day festival starts on July 24.

“This is not a poll to find the “best orchestra in the world”, but rather to shine the spotlight on an orchestra that consistently offers high-quality music-making that is exciting, moving and which demonstrates what a fine ensemble working at the peak of its powers can achieve. Many of these orchestras also highlight the indefinable and unique magic that happens between an inspiring conductor and his or her players. And with the majority of orchestras now silent, we hope this will focus attention on one of the glories of music-making on a grand scale. Just listen and be impressed!”

The winner will be announced on October 6 at the 2020 Gramophone Classical Music Awards ceremony in London. 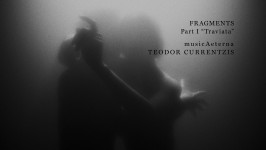 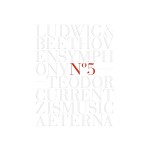